Little Is Much When God Is In It! 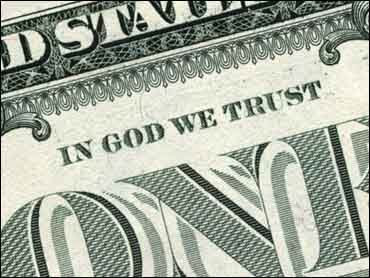 When Rev M R Watkinson wrote to a government official in 1861, he could not have envisaged the repercussions!

Watkinson wrote, “I have felt our national shame in disowning God as not the least of our present national disasters.”

Several ministers of the Gospel were concerned that the nation was failing to recognise belief and dependence upon God and feared that history would deem that heathenism prevailed.

It was the action of the Pennsylvanian pastor that began a process that is now enshrined in American law. He suggested that every coin in the land should testify to their trust in God. His proposal was enthusiastically received and from 1864 every coin from the humble cent to a 1000 dollar note, which was introduced in 1966, has borne the motto, “In God we trust.”

More than that, President Dwight D Eisenhower authorised legislation that the motto of the United States of America would forever be, “In God we trust.”

If we all did something more for God with the same passion as Watkinson only eternity will reveal the consequences.

Source: US Dept. of the Treasury. Submitted by: D Browne.
Posted by IAN BROWN at 17:05 No comments:

'Consider Christ' Getting Under Atheist's Skin! 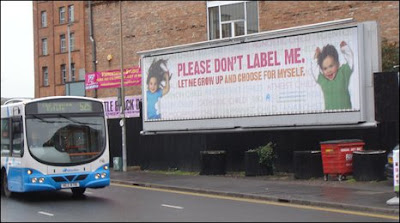 Judging by a comment made by humanist spokesman Brian McClinton, the 'Consider Christ' Campaign has achieved much more publicity than he would have liked.

The British Humanist Association is advertising on billboards in each of the UK's capital cities: London, Cardiff, Edinburgh and Belfast.

This promotion follows the atheist bus campaign run throughout Great Britain earlier this year when they re-broadcast the devil's lie: 'There is probably no God. Now stop worrying and enjoy your life.'

However, revealing his frustration at the success of the 'Consider Christ' Campaign, Mr McClinton added that the poster provided, "opposition to the near ubiquitous 'Consider Christ' ads that are currently covering most of our Translink buses."

When she read the article about the atheist ads on the BBC website, Joy Ovadal (Wisconsin, USA), asked, "I know that a lot of the buses do still have the Consider Christ ads, but would it be most of the Translink buses . . . or is the campaign just really getting to the humanists?!"

I responded, "It's certainly getting under their skin.

We placed 1000+ adverts on the buses (inside and outside) across the country .... and they are still going strong. I still get reports of multiple sightings of them, especially round Belfast, on a daily basis.

Some have commented along the lines, "Saw 4 buses while sitting in a restaurant today ... well, it may have been 2 buses going up, and then coming back down the street ... ."

I LOVE the term this atheist is using though: "the near ubiquitous 'Consider Christ' ads that are covering most of our Translink buses"!

An Omnipotent God who, in the words of this atheist, has now "near-omnipresent" ads on the transport system in Northern Ireland ...... it's a very refreshing thought! 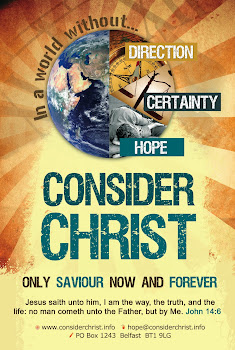